Gold purchases by central banks at highest level since 1971 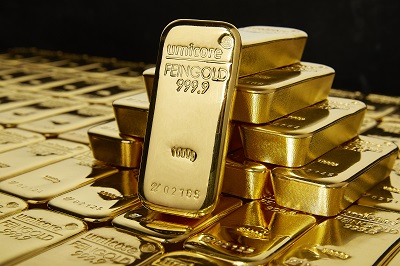 From today’s perspective, it seems astonishing that, up to the year 2000, central banks were net sellers of gold for many years and that a (now expiring) Central Bank Gold Agreement to limit gold sales to stabilise the gold price was reached in 1999. Since the financial crisis of 2008, the attitude towards gold has changed fundamentally, both among European and central banks across the world. However, this is not the only reason central banks are expanding their gold reserves. Currency reserve policy has also changed: although the US dollar is still the world’s leading currency, central banks are increasingly focusing on greater diversification of their reserves in favour of other currencies such as the euro, Yuan, Yen, and gold. According to the International Monetary Fund (IMF), the US dollar share of global currency reserves decreased by 3.7 per cent between 2016 and the end of 2018. Since 2000, the US dollar share has declined from 72 to 61.7 percent.

According to a recent article1 by economist Isabelle Strauss-Kahn in the online financial magazine “Gold Investor”, central banks increased their gold reserves by 74 per cent last year compared to 2017, reaching the highest level since 1971. The record buyer in 2018 happened to be the Russian central bank, increasing its gold reserves by 275 tonnes. So far, central banks’ investment behaviour regarding gold has remained unchanged in 2019. According to the World Gold Council, in the first two months of this year alone, central banks worldwide made the strongest gold purchases since the beginning of the financial crisis. In the second quarter of 2019, gold reserves increased by a further 47 per cent year-on-year.

According to Isabelle Strauss-Kahn, geopolitical tensions and risks are not the only factors causing central banks to rediscover the intrinsic value of gold as a global, hard currency. Weaker growth forecasts are also significantly contributing to this phenomenon. The IWF predicted economic growth of 1.6 per cent in the euro area in 2019 (1.5 per cent in 2020), 1.8 per cent in advanced economies overall (1.7 per cent in 2020) and 4.4 per cent across emerging markets (4.8 per cent in 2020), but stresses that these economic values could come under pressure from the US-Chinese trade conflict and Brexit uncertainties.